ERETT, WA–The men took to the ice for their short program at Skate America Oct. 19. This being the ﬁrst Grand Prix of the season, there were deﬁnitely some difﬁcult moments along with some noteworthy ones

It is no surprise to see 2018 World Champion Nathan Chen in the lead after the short program. Chen did not include as much technical difﬁculty as fans have seen from him in times past, but his performance ability was impressive. He seemed so comfortable and at ease as he entertained the audience.

Chen opened with a quad ﬂip that he stepped out of, but he recovered nicely with a beautiful triple axel. He did some quick thinking and added a triple toe to his triple lutz since he was unable to turn the quad ﬂip into a combination. Chen easily went into ﬁrst place with a score of 90.58.

“Quads are very important, and it’s something that I think are very important,” Chen said, following his skate. “They are something I will keep implementing and keep working on. I deﬁnitely get the most enjoyment out of doing quads, even just in practice, so that’s still something I want to bring to the table in competition. But of course, there’s pros and cons to them. I’m putting a lot of emphasis on spins and choreography this season and it’s something I will deﬁnitely keep trying to improve on.”

Michal Brezina, of the Czech Republic, found himself in second place after landing a fabulous quad salchow-triple toe combination. Unfortunately he followed it up by popping his triple ﬂip and turning it into a single. Brezina was able to regain focus and landed a solid triple axel.

This is the ﬁrst Grand Prix assignment given to Malaysia and Julian Zhi Jie Yee proved that they are deserving of this spot as he is currently sitting in third place. He seemed surprised to ﬁnd himself in this position, but he gave a great performance and earned a personal best score of 81.52 points.

The sport is growing in Malaysia, we have more ice rinks,” Yee said. “We started with one ice rink in our whole country, and now we have ﬁve.”

It was unfortunate to see Vincent Zhou in sixth place after he delivered one of the strongest short programs that we have seen from him. Vincent showed tremendous growth in his new program and seemed to connect with the music, while still landing a quad lutz-triple toe combination, a quad ﬂip and a triple axel. Sadly, all of his jumps were judged under-rotated so he did not receive the full point value. Regardless, his performance revealed artistic progress and consistency.

“That performance was a good reminder of why I still do the sport,” Vincent said. “And it just feels so good to put out a performance like that. 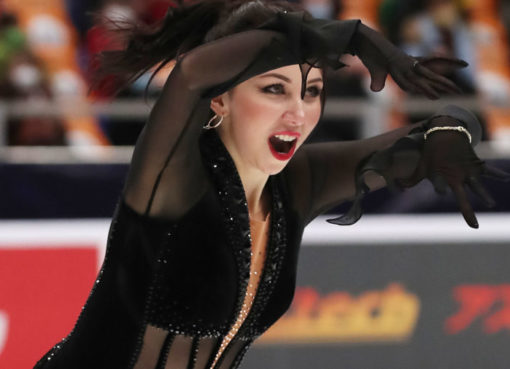